The I-130 form, officially known as the Petition for Alien Relative, is a form to be submitted by a U.S. citizen or lawful permanent resident who wishes to help their “eligible relatives” migrate to the United States. The United States allows those who have citizenship or lawful permanent residence status to sponsor certain foreign relatives to live permanently in the country and get a Permanent Resident Card. This procedure is known as family-based green card processing.

The purpose of filing an I-130 is to establish that there is a valid relationship between the petitioner and the beneficiary. In this case, the petitioner is the U.S. citizen or lawful permanent resident and the beneficiary is the foreign relative. If you can prove your family relationship to the United States Citizenship and Immigration Services (USCIS), the I-130 would likely be approved.

However, the filing or approval of the I-130 does not mean that the relative has been granted the privilege to live in the United States. Approval only implies that truly a valid family relationship exists between the two parties, a confirmation that will take the beneficiary one step closer to becoming a green card holder. 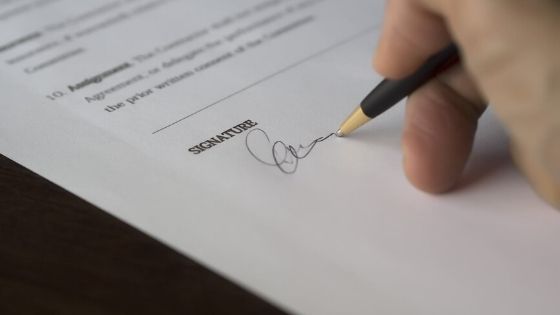 Only a U.S. citizen or permanent resident can file an I-130 to sponsor their “eligible relatives.” That begs the question: who is an eligible relative within the context of family-based green card sponsorship?

Immediate Relative of a U.S. Citizen

Other Relative of a U.S. Citizen or of a Lawful Permanent Resident

Other Relatives of U.S. citizens

Note that the above categories are listed differently because the preference given to each varies, and this usually is reflected in how long it takes to process each family-based green card.

The I-130 has nine different parts with several questions that mainly cover information about the petitioner and the beneficiary. The following is a breakdown of each category:

The I-130 processing time may vary depending on whether the beneficiary lives in the U.S. or is based abroad as well as, to an extent, the workload of the USCIS office that receives the form. However, barring any issues, the form is typically processed between 7-15 months.

In some cases, the USCIS may issue a request for evidence (RFE) in case they need more information or documents to make a decision on the form. If this happens, the petitioner will be duly notified. Keep in mind that being issued an RFE may further elongate the processing time. To ensure that you get the form processed in due time without delay, it is best to consult an immigration attorney to guide you on how to file your I-130 correctly. Once the I-130 has been approved, the beneficiary can then proceed to apply to become a permanent resident.

The family-based green card processing time between the I-130 approval and the issuance of a green card varies depending on the family relationship. As mentioned above, some family members are given higher priority than others.

Immediate Relative of U.S. Citizen: 1-2 Months After I-130 Approval

For those who qualified as an immediate relative of a U.S. citizen, an immigrant visa (green card) is always available as soon as the I-130 has been approved. Also, if the beneficiary lives in the U.S., both the I-130 and green card petition can be filed concurrently (at the same time). The green card application is known as I-485, Application to Register Permanent Residence or Adjust Status.

The average processing time for a well-filled I-130 concurrently with an I-485 is between 7-11 months. Once the two applications are approved, the beneficiary will then need to make and attend other immigration appointments, including a biometrics appointment and an interview, which will take around 1-2 months in total. So, the overall family-based green processing time for an immediate relative of a U.S. citizen living in the U.S. is between 8-13 months.

If the beneficiary lives abroad, the overall processing time will likely be longer, between 11-17 months on average. This is because the  I-130 and green card application cannot be filed concurrently for that category. The beneficiary must wait until the I-130 has been approved before applying for an immigrant visa in their country of residence.

Immediate Relative of a U.S. Green Card Holder (Spouse and Minor Children): 18-23 months after I-130 Approval

If the beneficiary is in the U.S., the next step after I-130 approval is to file the I-485 for adjustment of status to a permanent resident. However, because there is an annual numerical limit that applies to this category, the beneficiary will have to wait until a green card is available before filing the I-485. The wait time varies widely but is usually 8-10 months.

After the wait time, the beneficiary can now apply for a green card, and this stage may take 9-11 months. This will be followed by an immigration interview and approval, which may take additional 1-2 months. So, the overall processing time for a green card in this category could be 29-38 months. Again, this may vary if the applicant is abroad.

For other relatives of a U.S. citizen or lawful permanent resident, the overall green card processing time approximately ranges between 5-14 years, depending on the nationality, location, and the annual number of immigrants that apply to each category. Keep in mind that this is an estimated processing time, meaning certain circumstances can make it shorter or even longer in some cases.

The I-130 processing fee is $535. However, if you are filing concurrently or separately, other filing fees must be put in mind as well. Here is the breakdown of a family-based green card processing fee:

The U.S. family-based green card is a highly sought-after immigrant visa category. It involves several stages and procedures that can take many years to complete. It’s not enough to have a qualifying family relationship and eligibility—you need to present your case in the most convincing way to the USCIS. This is why you need an experienced family-based green card immigration attorney to help you file your I-130.

VisaNation Law Group has a team of dedicated and highly experienced family-based green card lawyers. Their attorneys will help you file your petition with all necessary evidence to expedite the process. They will work closely with you from the beginning to the end of your family-based green card case. You can book a consultation today by filling out this contact form.