How To Find Someone In Custody | ICE Detainee Locator Guide 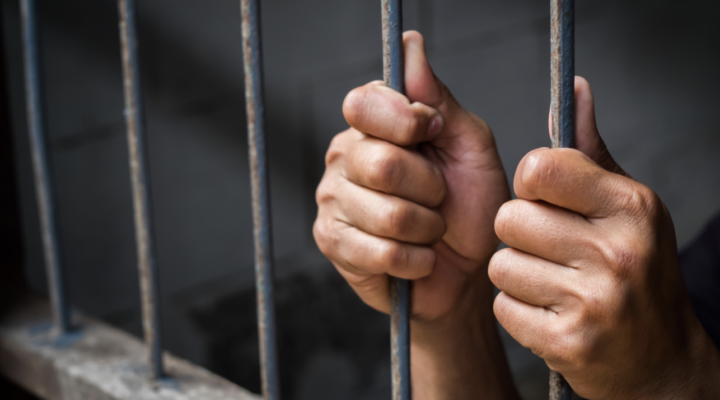 When a friend or family member is taken into Immigration and Customs Enforcement (ICE) custody, it can be quite a frightening experience. It becomes even more frightening if you don’t know which facility they have been taken to and the next steps to help them get released. Fortunately, ICE can locate someone detained through the online ICE detainee locator system. In this guide, we will explore the best way to locate someone in ICE detention and other tips to assist them.

Table of Contents hide
1. What is Immigration Detention?
2. ICE Detainee Locator System
2.1. “In Custody” vs. “Not In Custody”
3. What Information is Collected When You Use the Detainee Locator System?
4. ICE Detention Centers in the U.S.
5. ICE Locator Frequently Asked Questions
5.1. Why Did ICE Detain my friend/relative?
5.2. How current is the locator system?
5.3. How do you check if someone has been deported?
5.4. How Long Can ICE Hold a Detainee?
5.5. Can You Visit Someone Detained by ICE?
5.6. What are my rights if I am detained?
5.7. How Do You Get Someone Out of ICE Detention?
5.8. When Does Deportation Take Place?
6. Expedited Removal Policies

What is Immigration Detention?

One of the first questions that may cross your mind when learning that a friend or relative is at an ICE Detention Center is why they were apprehended in the first place. ICE agents can make arrests in a variety of places including businesses, homes, and courthouses. Generally, an immigrant will be placed in an ICE detention center if they are suspected of a visa violation.

Below are other common reasons an immigrant can end up in an ICE Detention Center :

As of last year, there were over 200 ICE detention centers across the United States. You can locate someone 18 years or older taken into ICE custody using the ICE Detainee Locator System.

This database allows you to search all ICE detention facilities across the country.

Tip: If you are not proficient in English, you can change the web page’s language in the upper left-hand corner. Language choices include Spanish, French, Portuguese, among others.

Underneath the language bar, you can search for someone detained by using their Alien Registration Number (8 or 9-digits long), along with their country of birth. You can find the Alien Registration number on several immigration documents including the green card, work permit, passport visa stamp, and immigrant fee handout. Check out this complete guide to find an alien registration number. If the A-Number has fewer than nine digits, add zeros at the beginning. According to ICE, the A-Number will return a better match than searching by their name and date of birth. If the person’s A-Number is not available to you, you can search using biographic information including their first and last name, country of birth, and birthdate. If no results return with this search, try different spellings of the person’s name or adding hyphens.

If your search turns up the results “In Custody,” then the system will indicate which ICE Detention Center they are at as well as information about visiting/contacting them and the contact information for the officer responsible for their case.

“Not in Custody” means ICE released or deported them in the past sixty days. Depending on when the individual was detained, they may also have not yet been added to the system, so check back periodically. The information on the ICE Detainee Locator is anywhere from 20 minutes to eight hours old.

If the person you are searching for is a under 18 years old, their information will not be available on the site for privacy reasons. To locate a juvenile or other immigrant not found in the detainee system, it is best to contact the ICE Enforcement and Removal Operations office closest to where the person was apprehended or where the person’s immigration case was initiated. You can also call the Detainee Reporting and Information Line (DRIL) at 1-888-351-4024. You can also contact local county jails or correctional facilities to see if they detaining them before ICE custody. Be cautious what you reveal about yourself or the detainee to the immigration officer you speak with. The government can use anything you say against the detainee’s case in immigration proceedings. Avoid revealing information about their immigration status or yours.

What Information is Collected When You Use the Detainee Locator System?

You should be aware that your Internet domain, Internet Protocol (IP) address, and Internet address are collected when you visit the site and search the system. Website cookies are also used. ICE states that this information is collected to allow troubleshooting issues within the system and monitor it for potential cyberattacks. You can learn more about their privacy policy on their site.

ICE Detention Centers in the U.S.

There are hundreds of ICE detention facilities across the country. You can search for a detention center near you by clicking on the site and filtering the centers by state/field office or facility name. You can also contact the facility directly if your search with the ICE Locator System turned up as “In Custody.”

You should confirm that the detainee is still there and ask about visiting hours and any other regulations.

It is not uncommon for transfers between detention facilities to occur. For security purposes, the system will not show information about planned or in-progress transfers. After an individual is transferred to a different facility and booked, the system will be updated with current information. For that reason, call before showing up at a detention facility to confirm whether they are there. Also, bring a photo ID with you when you visit the facility because it will be required upon entering. Below are some of the most frequently asked questions when an individual is detained by ICE.

Why Did ICE Detain my friend/relative?

There are several reasons ICE may detain an immigrant. Some of these reasons include, but are not limited to:

How current is the locator system?

The information on the ICE Detainee Locator is anywhere from 20 minutes to eight hours old.

ICE policy requires that its systems be updated within eight hours of the release, removal, or transfer of detainees. In most cases, detainee information is updated more quickly, but people planning to visit a detainee should call ahead to the detention facility to confirm the detainee is still at that location.

How do you check if someone has been deported?

The Detainee Locator System will not indicate if ICE removed an individual from the U.S. It shows if someone is currently detained. A legal representative or family member can find out if they were removed by contacting the ICE Enforcement and Removal Operations (ERO) office responsible for their case. This ERO office is displayed in the person’s record on the locator system. You can also contact the office where you think their case was started.

How Long Can ICE Hold a Detainee?

The detention process involves many steps. If local police detain an immigrant for a suspected crime, ICE can request that the local agency hold them for 48 hours—not including weekends/holidays—past the time they would otherwise be released from custody. If approved, the hold grants immigration officials to take the individual into their custody and then transfer them into ICE custody. If after an ICE investigation the immigrant is found to have legal status, they will be released. If the investigation reveals that they came into the United States illegally, reentered the country after prior removal proceedings, or overstayed their visa, they will be transferred to federal custody. ICE will then initiate removal procedures including a hearing in immigration court.

It is highly advised to have a deportation lawyer assist you if ICE begins removal proceedings. Should ICE not get you within the 48 hours the hold was placed, you have the right to be released. Get help immediately from an attorney if you are not being released in such a case.

Can You Visit Someone Detained by ICE?

Yes, family members, legal representatives, consular officials, and friends can visit an individual in ICE custody. When you search their name in the locator system, and the results say “In Custody,” then next to their name it will say which ICE detention facility they are being held at. It will show visitation and contact information and contact information for the officer responsible for their case.

Contact the facility first to confirm that they are still there and ask about visiting protocols due to COVID-19. Expect to wait once you arrive there. Receiving visits can be very important to a detainee’s emotional health since the experience of being taken into custody can be very traumatic, especially if children are also involved.

What are my rights if I am detained?

If you fear being detained by ICE, be aware of your rights.

How Do You Get Someone Out of ICE Detention?

In some cases, after ICE picks someone up, they may be eligible for release on bond should ICE not consider them a threat to national security or a terrorist risk. Bond is basically an amount of money you pay to ICE to ensure that the immigrant will appear at their future immigration court hearings. However, if the non-U.S. citizen has a criminal history, the chances of being released on bond are slim.

The Department of Justice conducts bond hearings. During a hearing, the judge will determine if the individual meets the criteria to receive bond. Bond criteria is based on how they came into the country, standing in the community, criminal history, and any family locally. If the judge decides that bond is possible, they will set the bond dollar amount and the hearing date and time. ICE will release the migrant and they will be required to return for the scheduled hearing. To put up the bond for the detainee, you need to have legal U.S. status and have your photo ID.

If the potential detainee does not show up for the scheduled hearing, the bond money will be kept as a penalty. Those who are not given an option of bond will remain detained until the deportation hearings.

There is the option to appeal to the Board of Immigration Appeals if a bond is denied or the bond amount is set very high. You have the right to a lawyer (not provided by the U.S. government) but can also represent yourself in these bond hearings. Other hearings may occur when deportation is on the table including a master calendar hearing and merits hearing.

When Does Deportation Take Place?

If an immigrant is subject to deportation, they will need to go before an immigration judge for their removal proceedings after they are brought to the detention center. A judge will either issue the warrant for removal or reinstate a past deportation order. It can sometimes take years for deportation case proceedings to advance. That means, if the person isn’t released on bond, they can be stuck in ICE custody until they are deported. If ICE determines the immigrant qualifies for expedited removal, then the period to be deported is much faster—about two weeks.

In 2019, during the Trump Administration, the government implemented policy changes that allowed for expedited removal of migrants captured at the border. This “fast-tracked” policy was intended to help border officials expedite deportations. The policy limits a migrant’s ability to dispute deportation claims unless they prove they have been in the U.S. for at least two years.

Some factors that would qualify an immigrant to receive expedited removal is the length of time they have been in the U.S. (fewer than 14 days), the distance from the border they were apprehended (within 100 miles), a criminal history, and prior removal orders are some of these qualifying conditions. It is always advised to consult a deportation lawyer if you fear removal from the United States. They will be best able to gather the necessary evidence to present in front of the immigration judge.