How to Show Proof of U.S. Domicile for Immigration 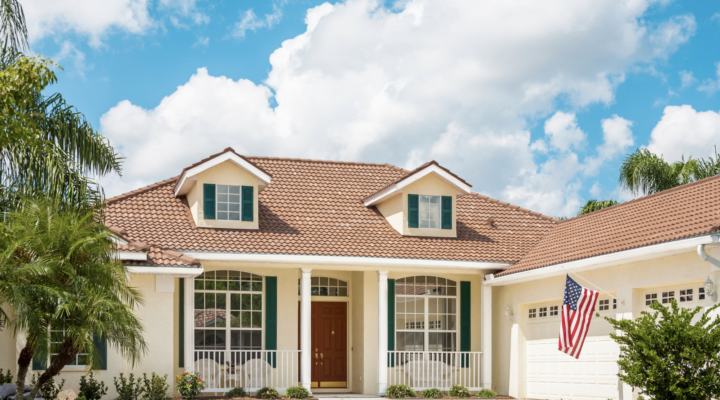 What is Proof of U.S. Domicile?

USCIS defines the word domicile as “the place where a sponsor has his or her principal residence with the intention to maintain that residence for the foreseeable future.” To qualify as a financial sponsor, the petitioner must be living in one of the following places:

If the sponsor is not currently residing in the United States, or has not in the past two years, they may need to submit evidence to the National Visa Center (NVC) demonstrating that it was only temporary or that they have strong intentions to return to the United States. The following are acceptable work conditions that can still meet the domicile requirements:

What is Proof of U.S. Domicile?

Petitioners must submit evidence establishing the domicile requirement to the National Visa Center (NVC) along with the Affidavit of Support. If it is not submitted together, the visa applicant can bring the necessary evidence to the consular officer during their visa interview.

Criteria for establishing a domicile in the United States include:

Proof of Domicile Documents: How Do I Prove Domicile to NVC?

The following are proof of domicile documents petitioners need to meet the above-stated requirements:

Can a U.S. citizen or lawful permanent resident (LPR) petitioner not living in the United States be a financial sponsor?

Unfortunately, if you cannot demonstrate proof of the domicile requirement, you cannot be a sponsor for Form I-864, Affidavit of Support.

What are examples of proof of domicile?

You can provide a range of documents to prove domicile including voting records in the United States, maintaining property/real estate, a lease or rental agreement, bank accounts showing activity in the United States, proof you paid U.S. taxes, advance parole, or a re-entry permit if you are a Legal Permanent Resident, etc.

If I cannot show proof of domicile in the U.S., can a joint sponsor file the I-864 Affidavit of Support?

No, the petitioner must meet the domicile requirement and cannot have a joint sponsor fulfill the requirement in their place.

If the visa applicant will have relatives following them to the U.S., (follow-to-join), do they need individual Affidavits of Support and supporting evidence?

The relatives that come to the U.S. after the principal applicant can resubmit the scanned copy of the principal’s Affidavit of Support along with the necessary accompanying documents. If the family members have separate petitions, then they should submit a signed Affidavit of Support (with supporting documentation from the petitioner/sponsor) and also Form I-864A with documentation from the joint sponsor if there is one.

Who is supposed to submit Form I-864?

The intending immigrant should not complete this form; it needs to be done by the sponsor (U.S. citizen, U.S. national, or lawful permanent resident). The immigrant is considered the beneficiary for purposes of this form.

Yes, you can submit Form I-864 online. It is accessible via the Consular Electronic Application Center. The National Visa Center (NVC) will review all Affidavits of Support submitted to ensure they are complete. If the form is not complete, the NVC sends a message to the CEAC asking the filer to correct and then resubmit the form.

Do employment-based preference immigrants need to submit Form I-864?

This form is required only if a U.S. citizen, green card holder, or relative of a national filed the petition for the immigrant visa or if the relative has a minimum 5% ownership interest in the immigrant.

Am I still financially responsible if I submit an I-864 for a marriage green card and get divorced?

Yes, even if you get a divorce, the financial sponsorship obligation does go away until the time frame has elapsed (credited with 40 quarters of work; comes out to about ten years), or the sponsored individual dies/ leaves the United States.

Who is required to meet the domicile requirement?

Any U.S. citizen or legal permanent resident who wants to sponsor a spouse or family member in the United States for a marriage or family-based green card needs to meet the domicile requirements.  For reference, the immediate relatives will fall under one of the following categories:

Second Preference: Unmarried sons or daughters and spouses of permanent residents as well as their unmarried children

Third Preference: Married sons and daughters of U.S. citizens, along with their spouses and unmarried minor children

Fourth Preference: Siblings of adult U.S. citizens, along with their spouse and unmarried minor children

How can a petitioner establish a domicile in the United States?

No, there is no fee for the I-864. See the State Department’s website for more information on fees.

Should I Hire an Immigration Attorney

As you can see, if you are attempting to establish proof of U.S. domicile but currently living overseas, it can be a bit more cumbersome to provide the necessary proof to the National Visa Center. For that reason, it is always advised to have a qualified immigration professional assist you with submitting Form I-864.